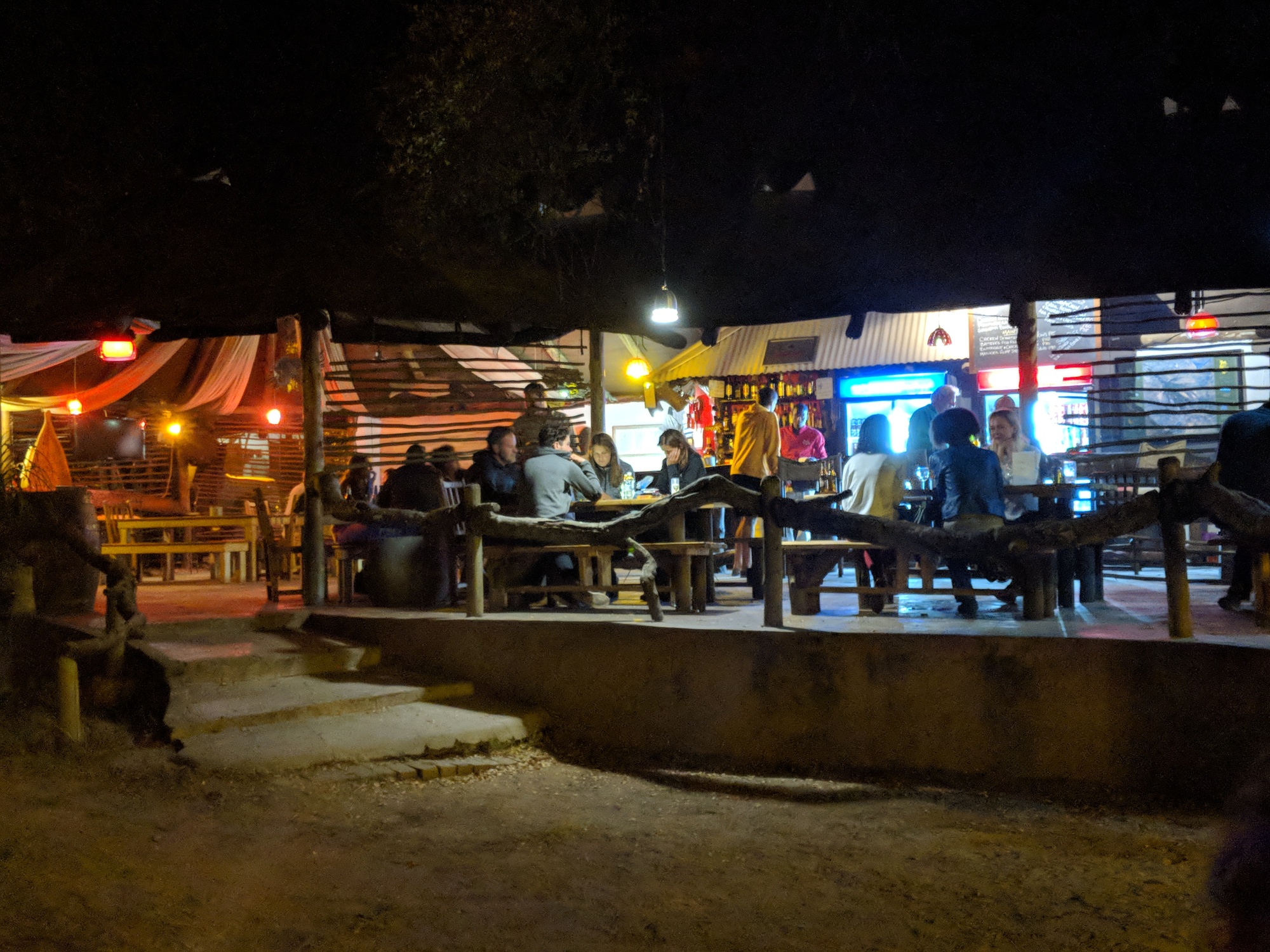 We all climb aboard the boats. It’s the singing Spaniards again. What is with this group? I get to sit in the back of the boat by the driver. He’s missing a ton of teeth. He keeps talking to me while he’s driving but between the accent and motor I can barely make out what he’s saying. I keep nodding and smiling and he just keeps chatting.

We’re just flying down the river 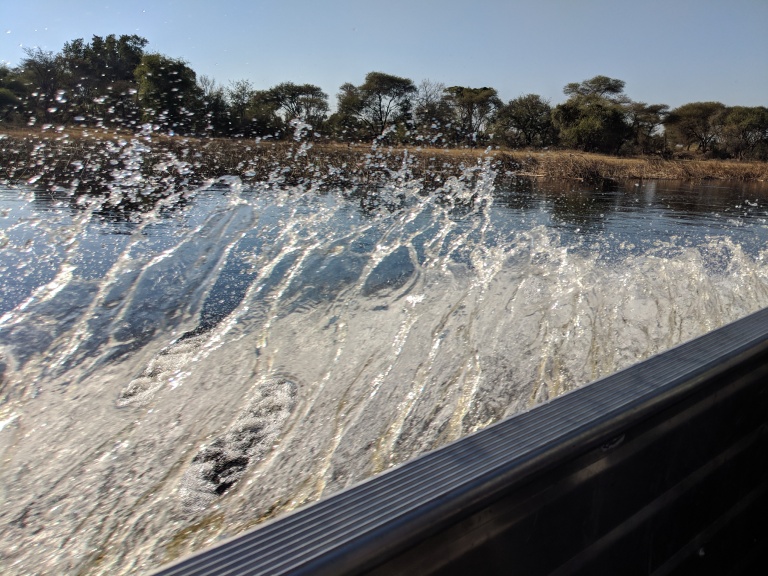 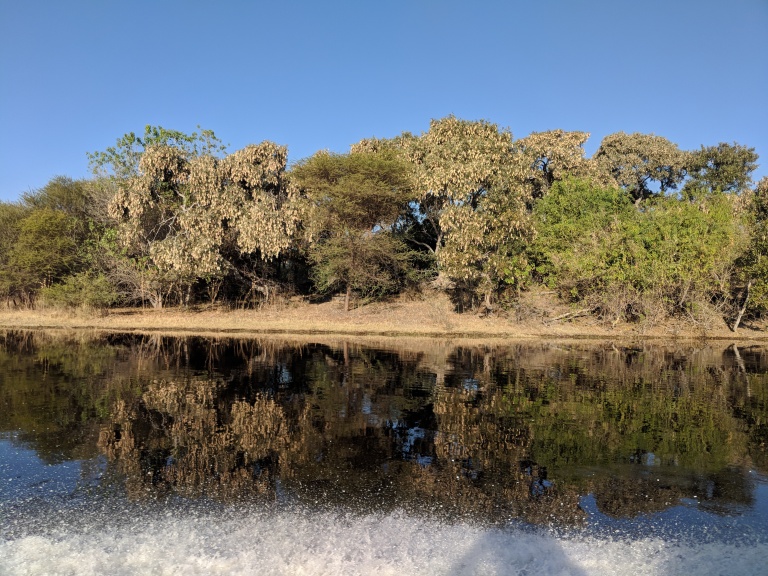 The captain pulls a major wake on some kids fishing by accident and stops immediately to apologize to them. He asks if he can smoke. “It’s your boat”, I dig around a bag in the back and find what he’s looking for. 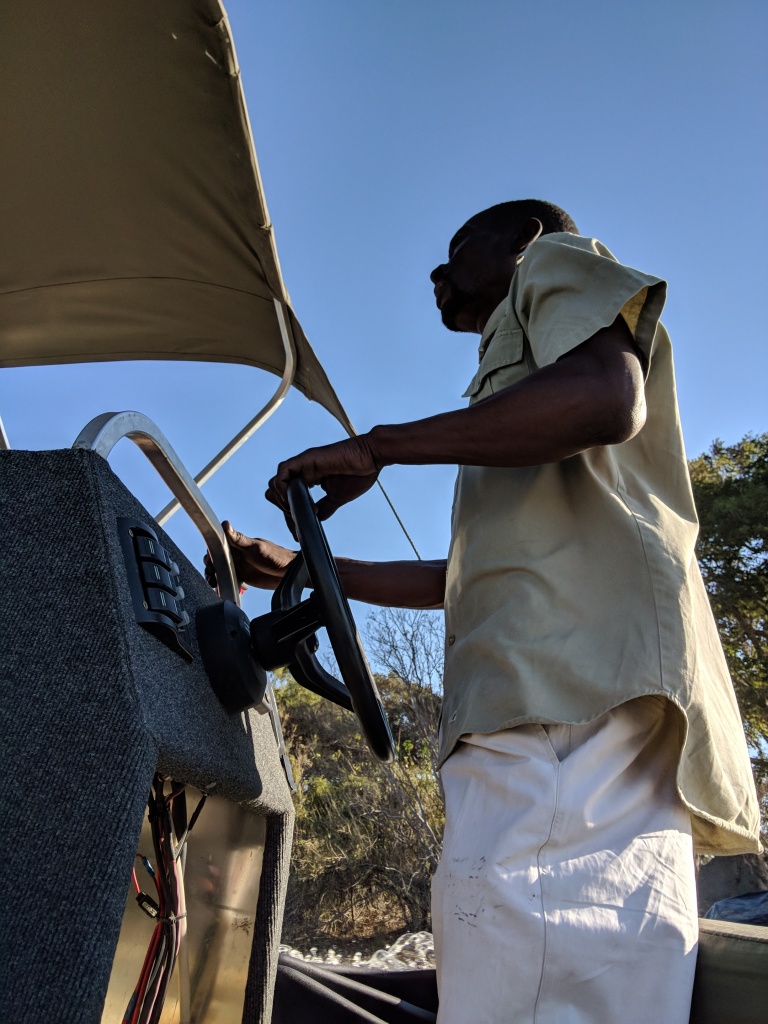 The driver takes a corner hard and ‘overloads’ the boat. “Boat is dead guys.” Ahhhh ok. There’s a tad bit of tension as 20 people are all looking around helplessly. I ask if there’s anything I can do to help and the driver tells me to steer the boat while it’s just drifting. I stand up and take the wheel while a know it all type Spaniard climbs back with a leatherman to help fix it. There is a problem with the filter and pump. It’s under my seat.

We’re up and running. Well done Spaniard! Down the river five minutes, make another bank and the boat stops again. Must be a problem with the gas pump. “Ok I’ll run it manual”, “How?”, “Need the Leatherman back”, “We could unhook the hoses from the filter and put the pump right in the gas tank.” People are stressed at this point. It’s cutting into the evening. We’re stranded on the water and there are animals abound. “Don’t worry guys, we will get there!”

I work the steering wheel while the boat drifts again while the Spaniard and Captain mess with the hoses to the gas pump and canister. “We got it!”, the Spaniard sings triumphantly while everyone applauds. And we’re back up and running.

A minute later we’re getting flagged down by someone on a dock by a lodge. “I’m going to give him a ride to the house guys , it’s no problem”, I ask, “Is this the mechanic?”, “He’s social guy like me. We come from the same city.”

We finally get back to the mini vans and load back in to hitch it back to the Old Bridge. There are two girls in there with us that we start talking with. They stayed overnight on an island in the Delta last night. Said it was incredible. Just surrounded by hundreds of animals. I thought it was a mother and daughter combo but they just met on the island last night. Now they want to travel everywhere together.

Back to the Old Bridge Backpackers and we split up duties. Jamie and Peter go to the Kalahari butcher and liquor shop for truck supplies. Mark and I do research on the Kalahari. We’re not sure what we want to do next so it’s time to get some planning done.

We get over to the bar. It’s slow at the moment. Pulvea is done up tonight in a form fitting dress, “You look nice, Pulvea”, “Thank-you. Good to see you boys.” We order a beer and take a seat to figure things out. “From what I can tell it is absolute lowest season in the Kalahari right now. Soft sand roads and cold as fuck at night”, “Soooo, the odds of driving all the way there only to be disappointed are high?”, “Yeah I think so. Dry season too so probably less animals. And us getting stuck in deep sand. I’m thinking maybe skip it and go towards Chobe tomorrow instead. We could also spend more time in Zambia to see what that’s all about”, “Yep, agreed.”

The guys get back with an exciting amount of meat and booze. Biltong for the road too. They say the Kalahari Butcher place is awesome. I wish I’d gone too.

We roll down to the Okavango River Lodge for bunny chow on Tombob’s suggestion from last night. It’s another open air bar like Old Bridge with lots of wooden tables inside and outside by the river. I’m really liking these places in Maun. Cozy hang outs with a good mix of locals and travelers. Not too crazy, just great spots to chat over a drink and meet people. 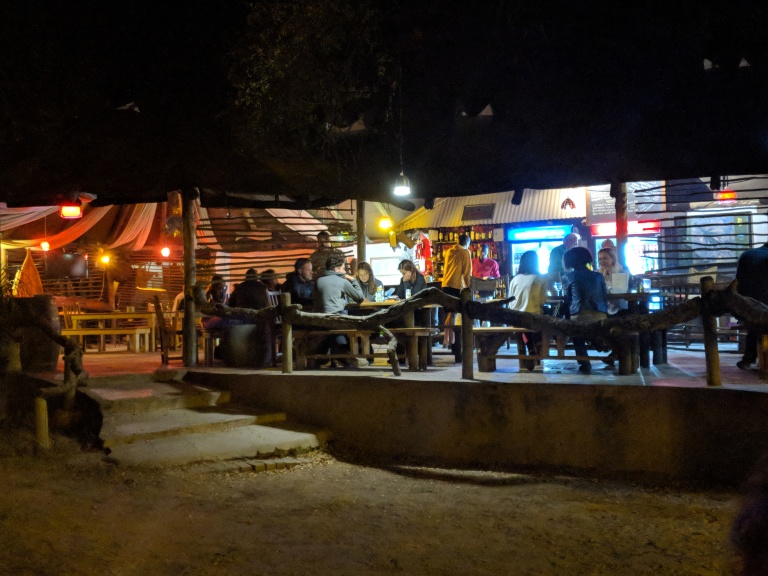 The bunny chow comes out and of course Tombob was right, it’s super good. The lamb burger is a knock out as well. Tzatziki narmz. This place also has it’s own perfectly paced, eye burning hot sauce too. Good suggestion from the mayor on this spot. Okavango River Lodge checks out.

It’s pleasant out here by the river having a few gins after a good meal and our killer day with KK. Most of the patrons finish up and take off. We move to the bar area and meet some of the employees who ask where we’re from and what we’re doing. Really nice guys. They mix us a few doozies and hang out to chat since no one is around any more.

“We may be holding these guys up”, “Yeah, they’re just too nice to say so”, and so we finish our round, thank them and make our way to the door. “This vulture…. thing, is cool.” 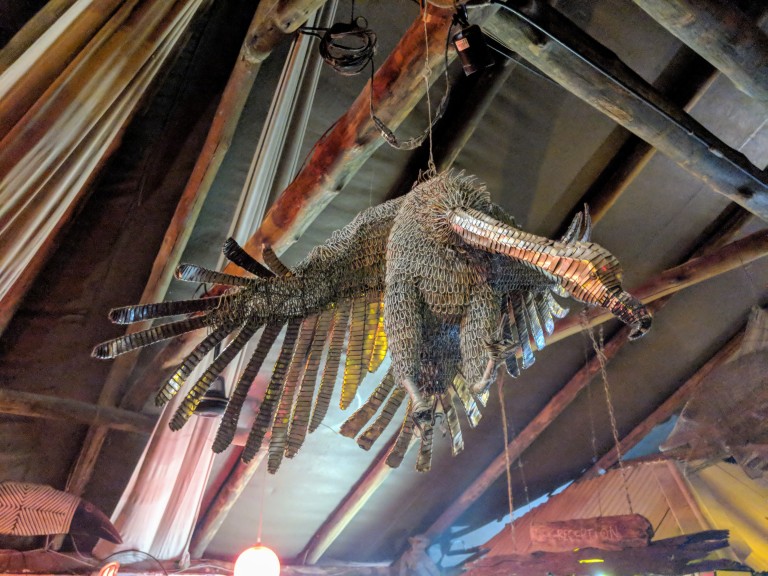 Back to the hostel to wind things down. Thank fuck Tombob isn’t here. Or Kim. We’re kind of feeling a more relaxed vibe tonight. Tombob’s Scottish friend, Rodney, is in his regular spot though. He just nods at us as we pass to get our ‘usual’ seats at the bar. “He’s the BJ of Old Bridge.”

There is a table of locals playing poker. We take our drinks to a table and tell the guys about our new plan to totally bail on the Kalahari and instead head towards Chobe and Zambia. Yep, all good. There is a group of 5 girls beside us at the next table and all of them are talking at the same time about boys. It’s hilarious. They’re switching between languages on the fly. They’re late teens and know everything about boys and relationships. It’s a total hen house and mesmerizing to listen to.

We’ve got just over a week left. Now that we’ve decided where we’re headed (sort of) we can plan on what time we have left. Makes the most sense to fly out of Lusaka probably. We all get on our phones and start looking into flights. The internet keeps dropping out on us. After ten minutes of getting nowhere we decide another round of beers would be a more rewarding course of action.

Everyone is super tired and we most likely have a long drive tomorrow so we hit the hay early. En route to Chobe River tomorrow. Sounds like that is the mecca for the whole area. Hard to believe there could be some place better than where we’ve already been this trip.