We hop off of the ferry on the other side of Victoria Harbor and snag a taxi to Lon Kwai Fong. It seems a maze of uphill, one way streets but isn’t very far from the waterfront. The taxi plops us off at the top of a hill. We flip on the bardar and hit the street.

There are a ton of pubs and clubs and restaurants, winding streets and mixed use buildings. Definitely the area for a night out on the town, the options appear limitless. The dress code has taken a turn from bankers towards hipster movie stars. Feels like the Echo Park/Silverlake scene in Los Angeles. And there is some sort of expat event horizon here, every white person in the country seems drawn towards it.

We spot a local brewpub and decide to give it a try. It’s called the Typing Point Brewing Co. Seems a good enough spot for a pint.

Our flight of beer lands and we’re quite excited to see what a Hong Kong microbrew can pull off. 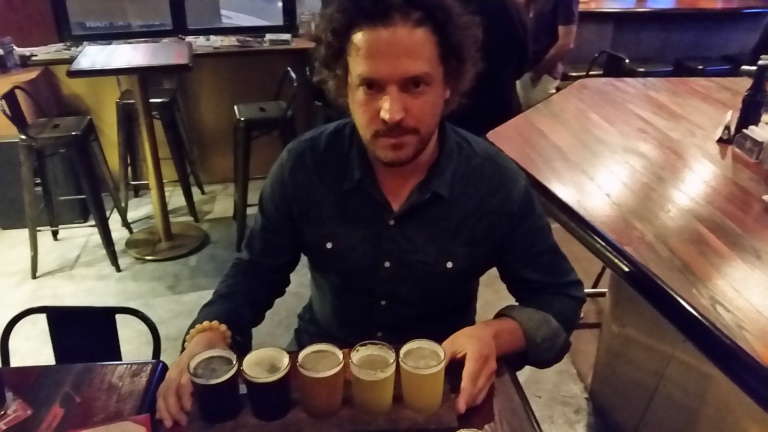 The beers are ordered from light to dark but there’s no real map to actually know what kind of beer each one was. We’ll just have to guess! Getz takes a sip of the first one, “Gaaaaah! [holding barf in mouth face] Waa-how! Try that”, he points eagerly at mine, “Go ahead, try it.” With hesitation I take a sip. “Ohhhh shiiiiiit! Tastes like hotdog water! This can’t be beer. That is actually hotdog water.”
The rest were no better…

These were by far the worst 5 beers I have ever tasted in my life. But of course it now became a challenge to try to finish them. Full sour face, head shaking, fist pounding table, “Noo! I can’t!”, “We have to!”, “No we don’t!!”

McBurger fared better with the bottle he chose based off of label alone. It was pretty decent. Getz and I followed his lead after suffering through the flight of hotdog waters.

Afterwards, we weren’t really feeling the vibe here in LKF. It felt a little too much like home, a little too familiar. Finding it hard to tune out the English from other patrons. I’m sure if I was an expat living in Hong Kong I would be frequenting the trendy spots here all the time. But we’re not, we’re visiting, and we wanted something a little more authentic to the culture here for our last hurrah in HK.

After a quick discussion we decided to go back to the one place we felt encapsulated everything we wanted for our last night: Temple Street!

As we walked back to the metro we did pass by a lot more of LKF and some of the spots looked so rad we were almost enticed in. But we’d made up our minds and we were on a mission. 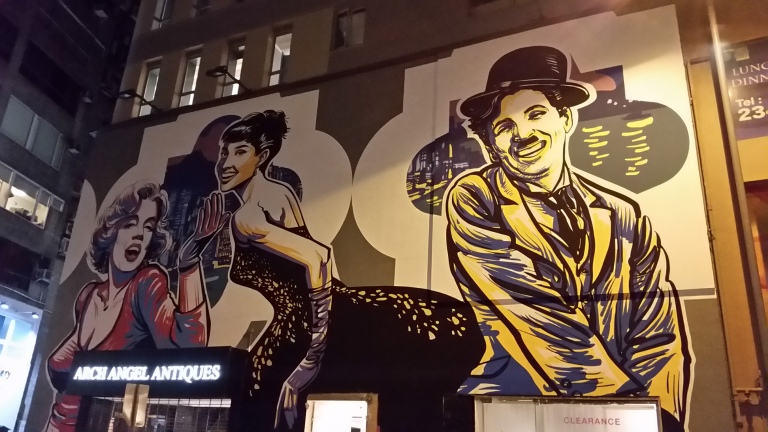 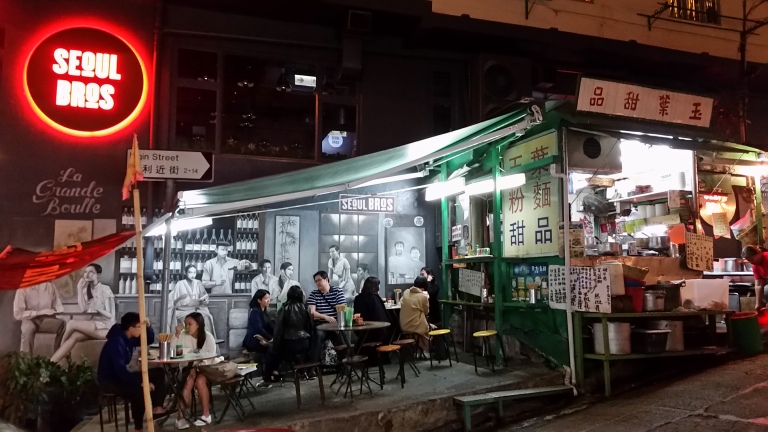 The area was cool though, with vibrant murals and lots of character. If we had another night here and wanted to really blow it up (again), this seemed like the area to do it in. Looks like there are a lot of great spots to eat too. But our bellies were also yearning for the amazing street foods we’d seen in our brief pass through of Temple Street last time.

Agent Getz sums up our collective feelings, “It’s been a while since I’ve eaten a pig’s asshole.” Indeed! The anus tally we started in Taiwan has gone too long without a new entry and our hangry excitement welled for a Temple Street meat feast!