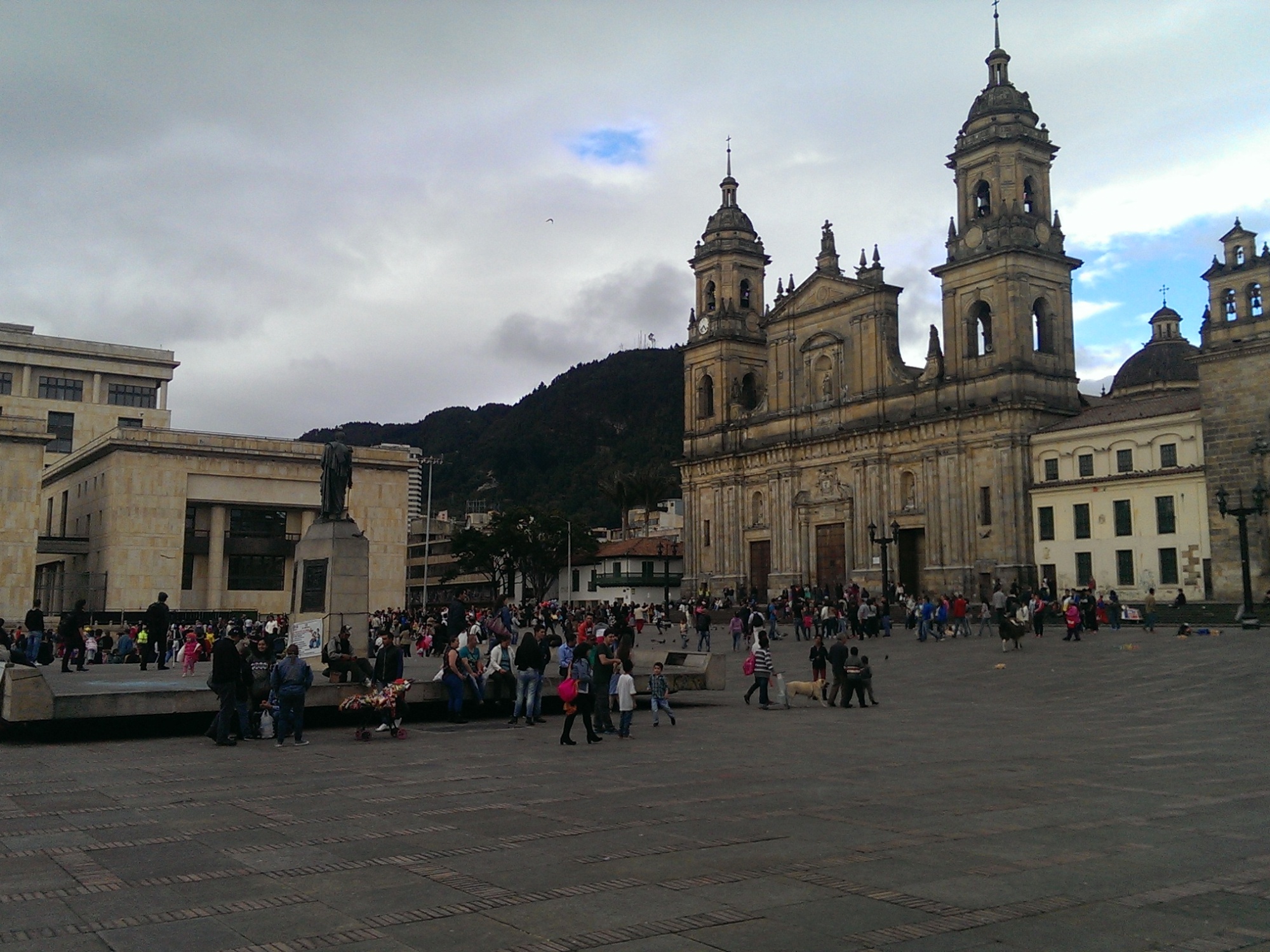 The following is an intelligence report gathered from our man in the field, Agent Getz. We sent him to Bogota to blend in with the locals and gather information. Here’s what he found:

I arrive in Bogota mid-afternoon with virtually no plans. I quickly scan the airport for and see a white guy in the corner with a backpack on. I walk over and introduce myself. His name is Luke. He is from Vancouver. I ask him what his plans are. He was on his way to Casa Bella Vista, a hostel in the Candelaria district. I ask him if I can tag along and we jump into a taxi. After a terrifying cab ride though busy streets with minimal traffic lights we arrive in Candelaria. The narrow street are lined with Spanish Colonial Baroque style houses. 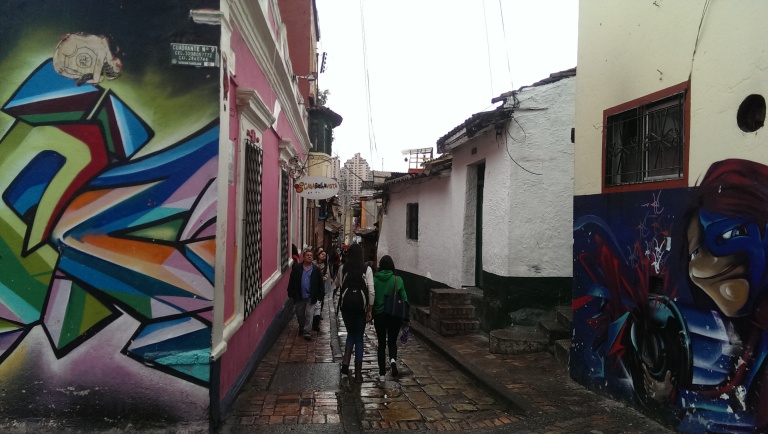 We walk into the hostel and I ask if the is a spare bed. Luckily there was one left. Seemed like a good place to hunker down while waiting for McBurger and Diesel to get things sorted out in Panama. I go upstairs and meet to guys straight out of the movie FUBAR. Their names were Josh and Calvin. They are from Edmonton, Alberta. They had a similar loose itinerary which involved travelling through South America for the next 5 weeks. We have a few drinks and decide to hit the town.

At this point it is dark outside. The city has completely transformed at this point. The street are filled with cocaine dealers, homeless people and street kids looking for a basuca fix. Basuca a cheap by product of cocaine similar to crack. It is highly addictive and has a lot of long term side effects. Apparently the high is fairly euphoric. It essentially turns you into a zombie. The Colombian government has made several unsuccessful attempts to eradicate the drug from the streets. Their current solution is to try to contain the problem. There is a designated street in the center of the city where it is legal to leisurely partake in the activity. Unsurprisingly, this didn’t really work. Drug use is still rampant throughout the streets of Bogota.

We shuffle though the zombie zoo and visit a few local watering holes. It was a Tuesday so the wasn’t much going on. At the end of the night we find ourselves at a quaint music joint down the street from the hostel. We are sitting at the bar an I see Josh staring deeply into the eyes of the drummer. The songs ends and Josh flashes him a wink. The drummer stands up and tosses the drumsticks to Josh. He runs over to the drum kit with a huge smile on his face, sits don and proceeds to count the rest of the band in. They step in and proceeded to play a 10 minute funk jam. Hilarious and entertaining end to the night. High fives all around from the newly formed Columbinadian funk outfit.

We wake up the next morning feeling pretty lethargic. We decide to do a few touristy activities including a trip the to the Museo del Oro and a few other local Art Museums. We eventually meet with a local political journalist. He is originally from California but has called Bogota his home for the last 9 years. He offers to take us on a bike ride around the city. We begin weaving though the streets of Bogota. Terrifying but exhilarating experience. Our first stop was a small town square in the an older area of town. We we told that politicians frequented this square in the past. Escobar had several political figures assassinated in this part of town. I won’t get into the details of individual stories that were told. Lots of bloodshed to say the least.

Our next stop is at a drink stand. The sign outside said Poderoso Berraquillo. Loosely translated it means natural Viagra. It is a blend of exotic jungle fruits, alcohol and a live crab blended together. 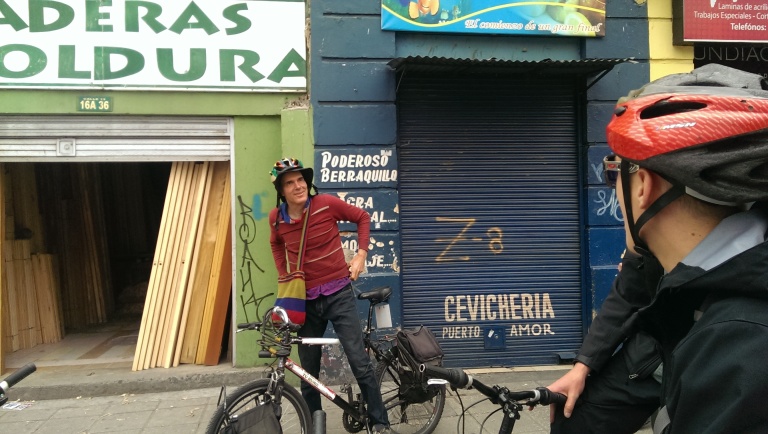 If you really want to impress your date the next time you have him/her over for dinner:

Toss all ingredients into a blender and blend. Serve over ice. Pairs well with your favorite traditional Colombian dish.

I’m usually down to try anything once, but we decide to opt out. Riding a bike for through Bogota drinking a cup of crab guts and with a boner didn’t sound appealing at the time.

Next stop is the Paloquemao Market. The cities largest market. We walk around the market sampling dozens of exotic fruits. Some were forgettable and some were really delicious. We stop on the way out to pick up a couple of handfuls of cookies which our tour guide stuffs into his saddle bag . We hop on our bikes and head to the National University in the center of town. The university is surrounded by a wall covered in razor wire. We are greeted by two guards at the gate. Our bike sherpa leans over and exchanges words with security guards, hands them each a cookie from the market and they open the gate. The campus looks war torn. Buildings falling apart and covered with political graffiti. There were Pockets of Rastafarians selling jewelry, vegan food and smoking pot all over campus. Our tour guides dives into stories the contentious history of the university. The university is known for supporting what they call “human rights and constitutional law”. In the past this leftist movement did not sit well with the government. Many professors had been assassinated on campus for no good reason other than teaching political views that were not aligned with those of the government.

We stop in the center of campus. To the left of me was a building with a statue of Lenin in front of it. In front of me was a building with a large mural of Che Guevara on it. This square was and still is a location where several pro-FARC demonstrations occur. The National University of Colombia is one of the few places where police have no jurisdiction. They are not allowed on campus whatsoever. It is a safe haven for this type of liberal activity. The police have been known to launch tear gas over the walls in an attempt break up these activities. 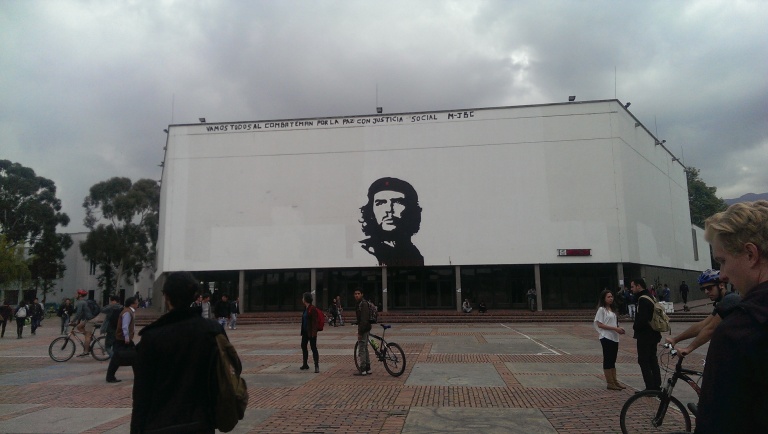 We continue on and stop at a local coffee factory. We take a quick tour of the plant then sit down and have an amazing cup of coffee. Our guide passes around a bag of coca leaves. When chewed on or made into a tea, coca leaves are said to cure elevation and motion sickness. When chemically processed, it becomes the local favorite party drug. I grab a handful and throw it into my mouth. No effect. I grab another handful and throw it in. Still no effect. I guess I was expecting more. 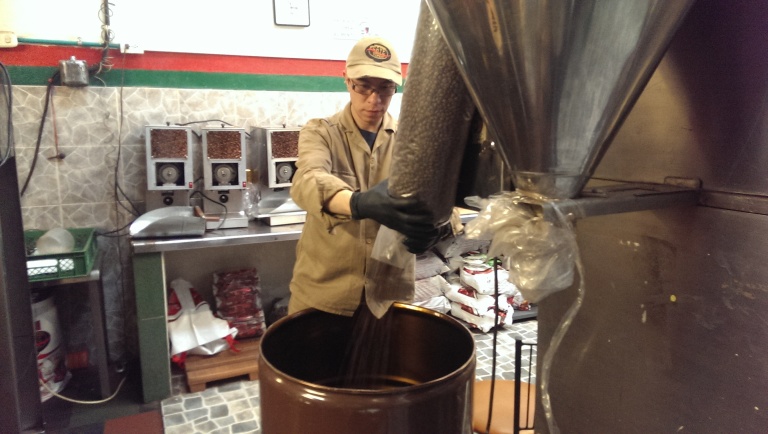 A local group of kids stop and ask us if they can rap for us. We throw them a few coins, they spin up some beats on what looks like a remote control car and start rapping. They were actually pretty good.

The next leg of the journey consisted of a series of graffiti art. Every mural had an interesting story behind it. Many of the artists were paid to create murals by local organizations and unions. 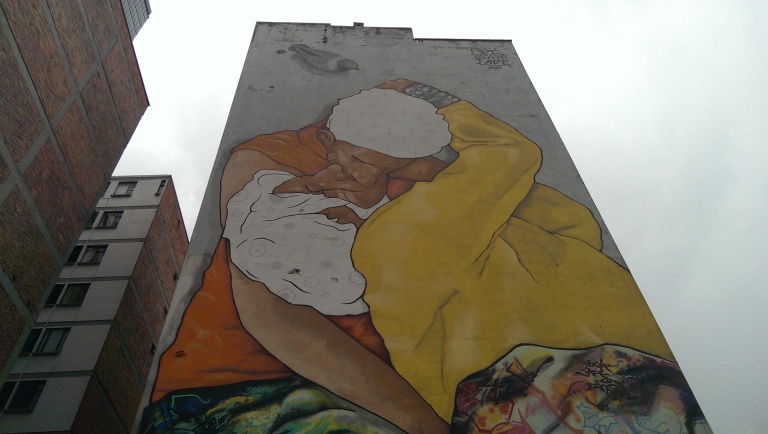 We cap the bike ride off with a journey through the red light district. Prostitution is legal in Colombia. The government controls the industry by only making it legal only in certain areas of town. We are reminded to not take pictures during this part of the ride. Apparently they don’t take kindly to it. We round the first corner and we are welcomed by a sea of women flashing what they’ve got. We bike down the road quickly in order to avoid drawing too much attention. We round the next corner and we are met by an equally large group of transvestites. We bike even faster though this section. The experience was eye opening to say the least.

The final day was spent relaxing around town. We took a cable car to the top of a mountain adjacent to the city. I ate some unidentifiable food and took some pictures of the city from above. 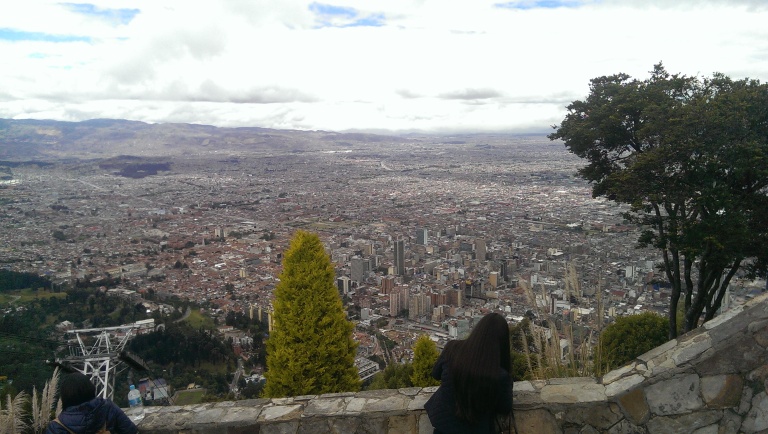 I walked around the city at the end of the night and watched a small riot break out. The police showed up and started beating up some of the young protesters. It eventually subsided. I walked back to the hostel and decided it was time to call it a night. I had a message on my phone from McBurger and Diesel. They ended up getting a flight from Panama to Medellin. I went to bed early and headed to the airport to purchase a last minute flight to Medellin. Bogota was a blast, but it will be good to see some familiar faces in South America.