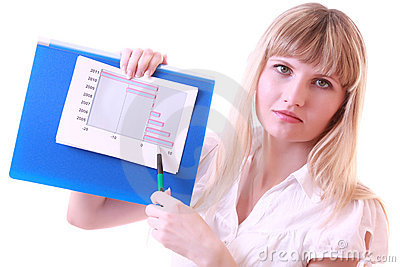 With the assistance of satellite imagery, heart rate sensors, state-of-the-art engine diagnostics and liquid nitrogen-cooled supercomputers we’ve analyzed data compiled over the last couple weeks in Central America. Prepare to be scienced right in the jaw.

Overall, the last six countries have been a bit of a mixed bag. Stunning natural beauty is everywhere you look, like the volcanoes throughout the region and the national parks of Costa Rica, and the old colonial architecture of Nicaragua and Panama is beautiful as well. We met a lot of great people in almost every country, most notably and recently guys like Fernando and Alex in Panama but countless others as well. There were great party scenes along the way too, like the more chill vibe of Lake Atitlan, the completely retarded vibe of Leon and the somewhere-in-the-middle vibe of Casco Antiguo. And you really can’t beat the price of some parts – we’re still blown away by the $4 bottle service in Leon.

At the same time, we want to tell it like it is and there’s no glossing over the bullshit we’ve encountered. Although we never had any real trouble there’s no denying the lack of security in much of the region. Crossing a Central American border as non-Spanish-speaking gringos with a vehicle is an exercise in frustration and shouldn’t be attempted by anyone of a timid nature, pregnant women or those with heart conditions. Two entire industries exist simply because of border inefficiencies, that of the Border Helper and the Border Copy Shop. Many of the roads make no sense whatsoever, and road construction follows a similar pattern, with roads being blocked off for up to an hour at a time while no real work is happening. The drivers are atrocious, with cars often stopping in the middle of the road, putting on their hazards and getting out of the car to perform an errand like getting money out of an ATM.

Overall we’d say that Central America is well worth visiting, but we wouldn’t recommend doing it in the manner we did. There are some amazing areas and if you can fly straight into them you’ll definitely have a blast. Driving through might give us some bragging rights but it’s just not worth it unless you’ve got a timetable of several months, which we don’t. The time lost due to border crossings and poor roads really cut into time that could have been better spent visiting more parks, taking boats out to islands or more partying. It was really hard on the car as well – we’ve proven it’s possible in a Pontiac Wave but with a couple of exceptions we didn’t go terribly remote, so you’d definitely be better off in a high-clearance 4WD or a BMW bike.

Bit of a travel paradigm shift now without El-BP to stash our stuff in, take us wherever we want to go on a whim, stopping in random towns, and all the freedoms that come with driving. But we’re looking forward to seeing what South America has to offer, lots more Countries to explore. And it’ll be good to have Agent Getz add his own je ne sais quoi to the mix as well.