Packed up and left Molly Stark SP around 6 am and continued west along NH Route 101 – nice scenery, greasy spoons, ski towns and some lakes: 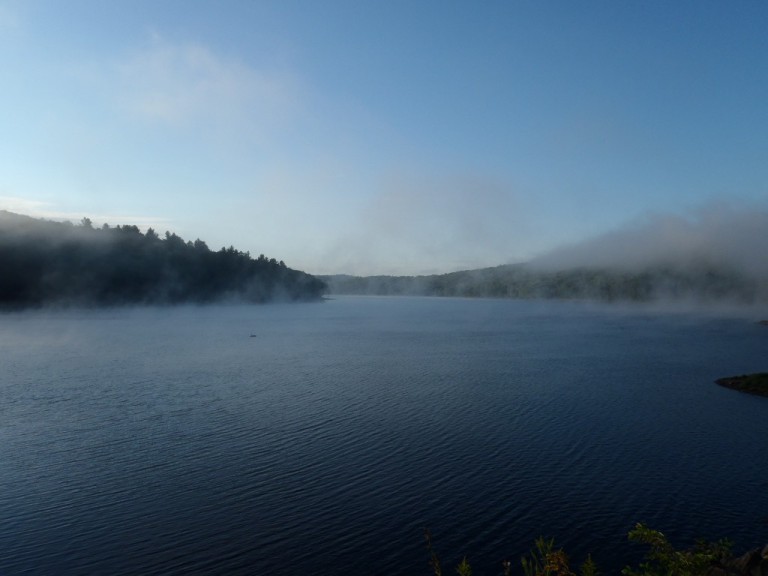 Same kind of terrain when I crossed over into New York state: 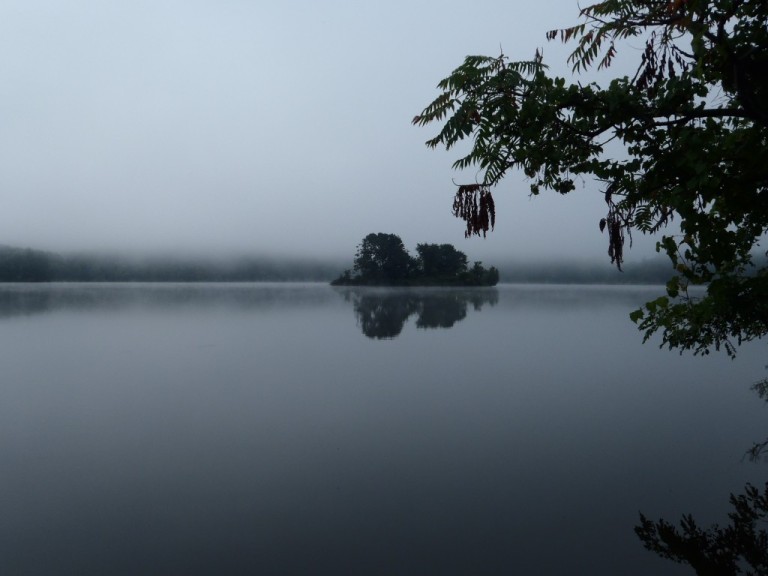 Hit an interstate (forget which one) and headed into Albany.  Was going to take another interstate south-ish on the west side of the Hudson River but I got lost and ass-backwards in Albany and I ended up on a two-lane undivided road on the east side of the river.  Big time Americana overload:  picket fences, roadside apple pies, a county fair, corn fields, “historic” this that and the other, and some site dedicated to a guy named Martin van Buren (I could Google him but meh).

Since I still haven’t bought a camp stove I’ve been eating PB & J almost exclusively – pulled into a farmer’s market to stock up my jam supplies.  Apparently farmer’s markets can sell booze in New York, apple cider in this case…

Poughkeepsie – Home of FDR, the non-moose riding President Roosevelt.  Stopped to stretch, took a foot bridge over the Hudson: 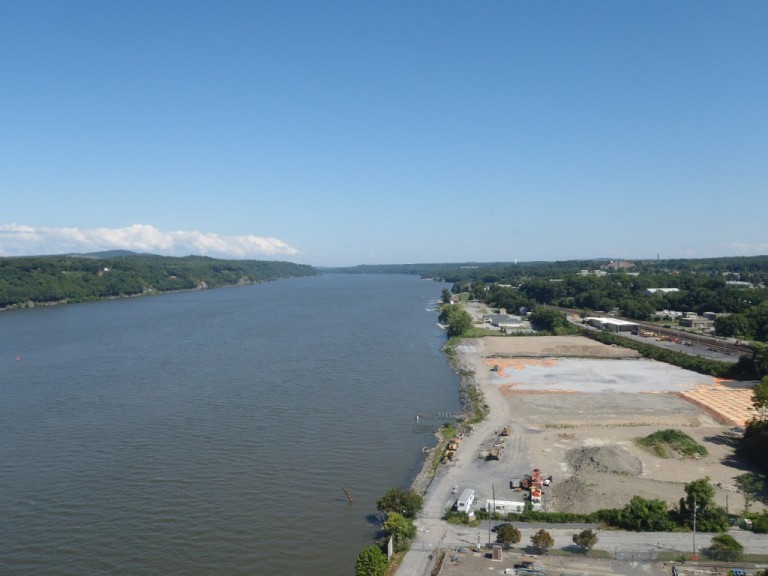 Jumped on the I-84 towards Pennsylvania.  Blew the doors off a new Corvette.  I wonder if the driver knows about second gear.  Cross Pennsylvania state line. Cute girl in a VW totally busted me picking my nose.  Oops.

Onto the I-81.  Absolute piece of shit road, tons of construction, down to one lane with barricades on either side.  Really narrow but everyone was still driving 70+ mph.  Once back into two-lane zone, a big heavily-tattooed biker drives up next to me – waves, nods, and gives thumbs up, the type usually reserved for other bikers.  Is that an ironic thumbs up?  He punches it and pulls forward – Quebec plates… Maybe it’s a “Bonjour fellow canuck” thing?

Get outside of Harrisburg, not sure whether to burn into DC or not – decide to camp in a state park near Michaux State Forest instead.  Having never been to DC and having read that it’s not the easiest town to drive in, getting in there and finding my way around is better left for morning…

One thought on “1,869 km: Vermont to Pennsylvania”