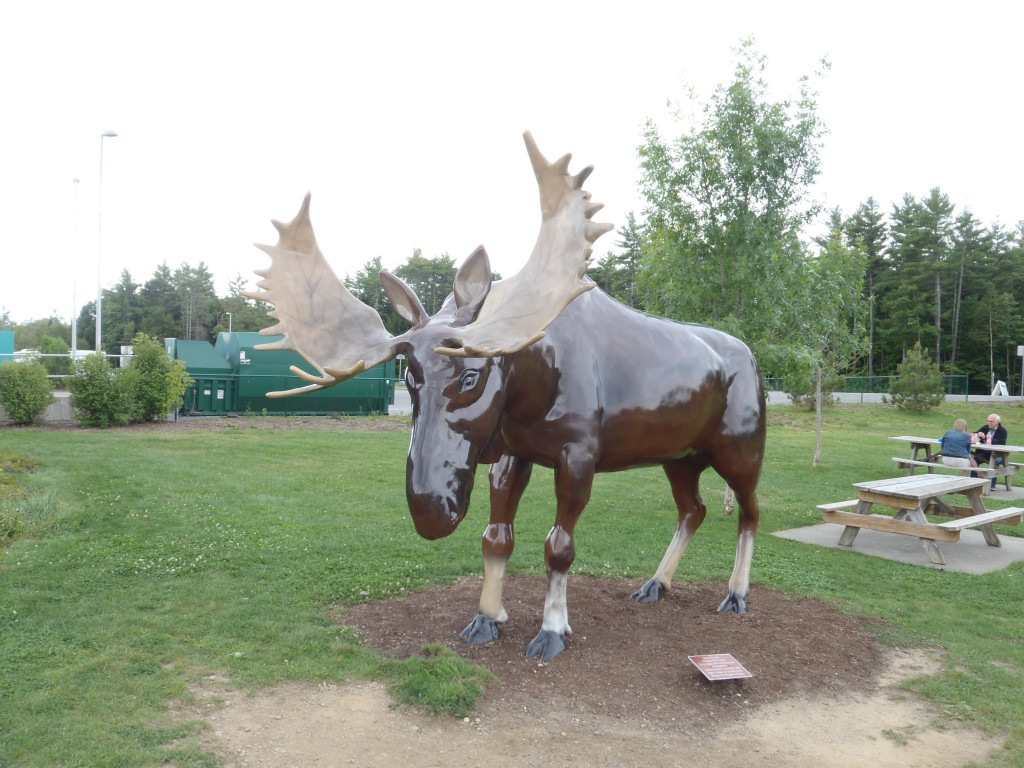 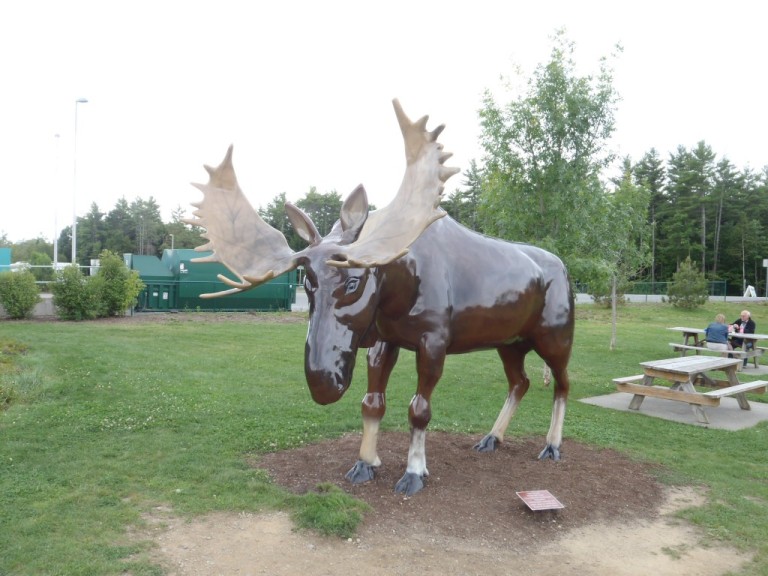 By the time I got through the border it was starting to get dark so I kept an eye out for a campground.  I found several, but all were basically parking lots full of RVs, not the sort of camping I was planning on.  I crashed in a motor inn outside of Bangor and tossed back a six-pack of Bud.

My intention has been to stick to back roads as much as possible with an aim for soaking in Americana.  After about 300 km on the back roads of Maine I’ve decided that (perhaps unsurprisingly) they look a heck of a lot like the back roads of Nova Scotia that I’ve been driving all over for the last year and a half.  The only real difference is the proliferation of Old Glory.  Even the potholes are similar, and after beating the shit out of the car on one stretch I decided to head for the I-95.  Time to lay down some miles.