We get checked in to Revelers’ hostel on the renowned and vintage Skadarlija street of Belgrade.  The staff seems decent, there’s a small crew milling about, our room is quaint and clean, overall seems alright.  They offer laundry service but it’s several filthy backpackers deep at the moment and we add our filthy selves to the queue of filth.

While scoping the joint we meet a bro-ish dude named Jordan out on the patio from South Carolina. He politely says hi and kicks right into convo. He tells us he worked in Germany for a year, “woot!”, and has now been traveling since August. He’s been here from the first of the month and really likes it, “Nice city, super friendly people… oh fuck, you guys are Canadian? I actually told some couple I was Canadian the other day”, “Haha oh no”, “Ya, talking with some people about Kosovo. I was getting an anti-American vibe so I just went with it. Felt kinda bad but kept it chill, you know?”, damn, “Ya, Americans get a bad wrap sometimes.” Jordan is working at the hostel for a bit to stretch his funds before moving on. Fairly common theme in the hostels we’ve been to on every trip.

The fortress isn’t too far, only about a twenty minute walk – the neighbourhood we go through seems to be about 40% hair salons and barber shops, are we in the hair district?  When we get to it we realize it’s huge, it looks like there are several ways into this thing.

First things first, we need to find the jazz bar.  Flashback to Niš 2012 on the Mongol Rally, one of our highlights of that city was getting gooned up in a fortress jazz bar – our instincts tell us that we’ll be able to find something similar here, even though we have no evidence to back that up.  There’s a ton of shit inside here though, including a dinosaur-themed park? 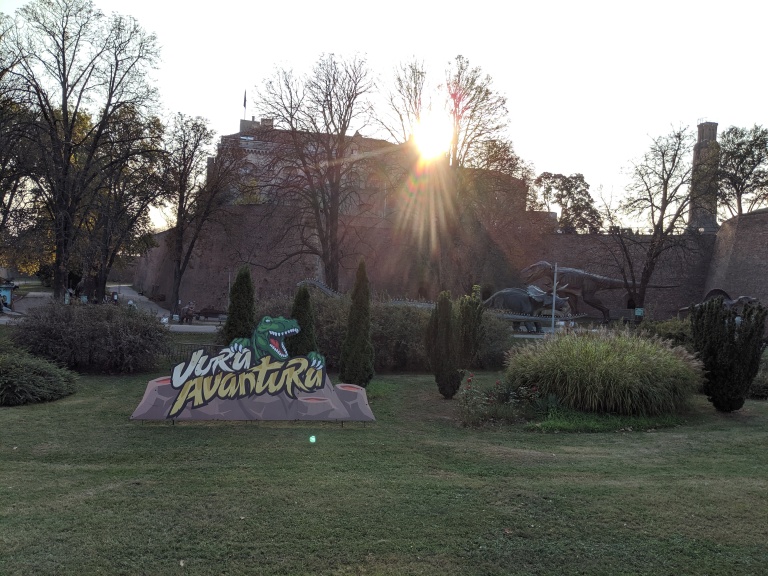 … and a large display of military equipment dating from Cold War-era Yugoslavia, WW2, and other times, so our chances of a jazz bar are looking good.

I’m not at all an expert on artillery, but I’d be willing to bet that gun was towed by animals and not a vehicle.  Also, hard to tell with this perspective, but the tank in the back is puny – gotta be a two-person rig? How many clowns can you fit in that tank?

There are even tennis and basketball courts, as any respectable Balkan fortress is required to have:

Serbian Fortress Elbow Ball is a form of basketball where the nets are positioned at awkward 90 degree angles from one another. Points skyrocket each quarter that a team gets to shoot against the ‘normal’ facing backboard. Belgrade’s L-shaped defensive tactics are world renowned. 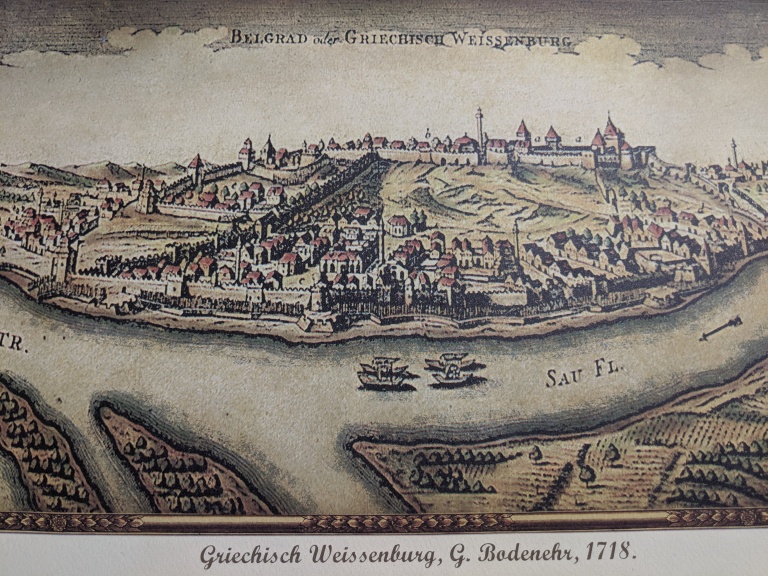 We climb the ramparts to get some sweet late-afternoon shots.  There are a good number of what seem to be locals chilling in the grass, having picnics, a few other obvious western tourists like ourselves, and a Chinese tour group hanging around one epic spot over the river in anticipation of the sunset.

The Sava and Danube rivers meet just below the fortress, so the location has been strategically important for as long as people have been here.  The earliest settlements were at least 7000 years ago and there’s been a fortress in this location for so long there isn’t even any kind of accurate record of when it would’ve first been constructed.  The furthest back the city goes in the history books is 279 BC when the Celts invaded, but the fortress pre-dates that.

There are signs indicating some kind of cafe in the vicinity and with a possible Bardar signal we follow in the hopes of alcohol and a view.  Not only do we get both of those – we’ve got jazz. 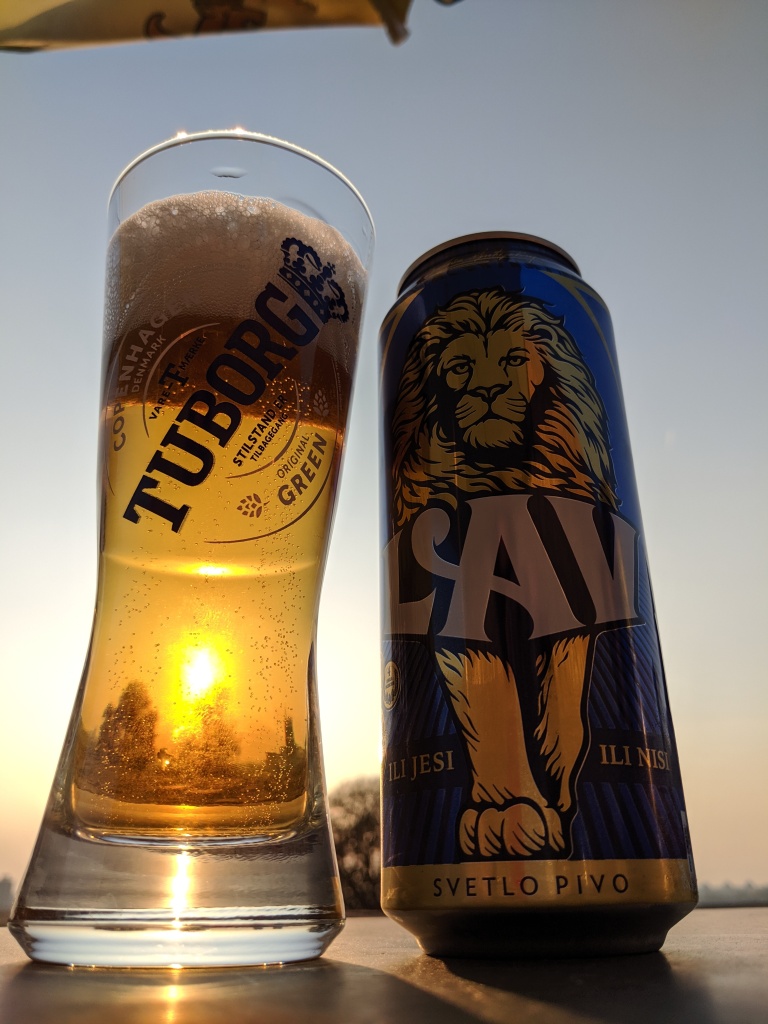 It was kind of a joke walking into the fortress that we need to find a jazz bar. Unbelievable that we actually did. The menu has Lav – the beer we’re into that tastes pretty much like every other lager around – and “kikiriki”.  We interrogate the bartender about what kikiriki is – turns out to be a better name for “peanuts”, but they don’t have any. Bummer. Kikiriki is a great word for anything. Better get some more Lavs then.

After the sunset the fortress and surrounding town begins to light up and we make our way back towards the hostel.  We’re definitely going out tonight but might as well start with a few beverages there first, see what the scene is like and check on our laundry.

The fortress looks killer lit up at night. 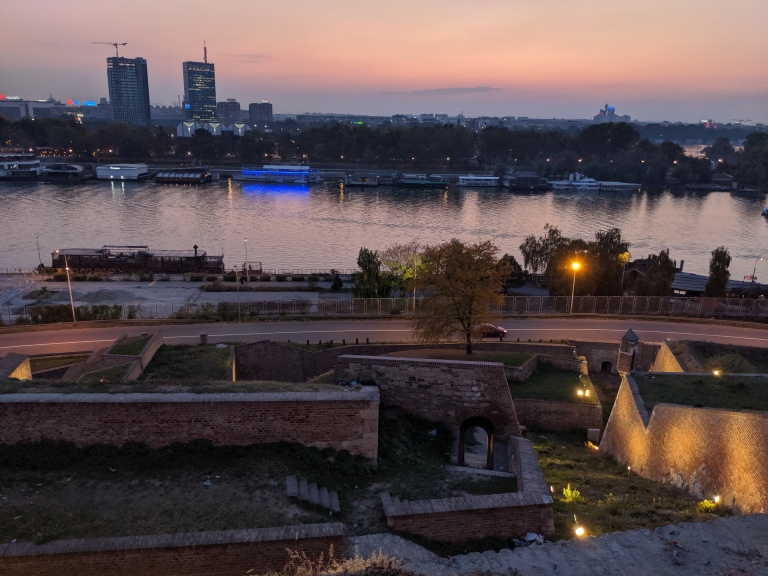 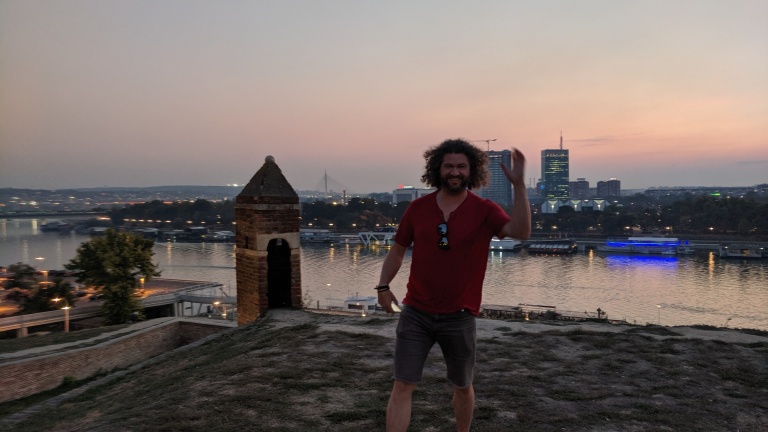 Look at this jabroni 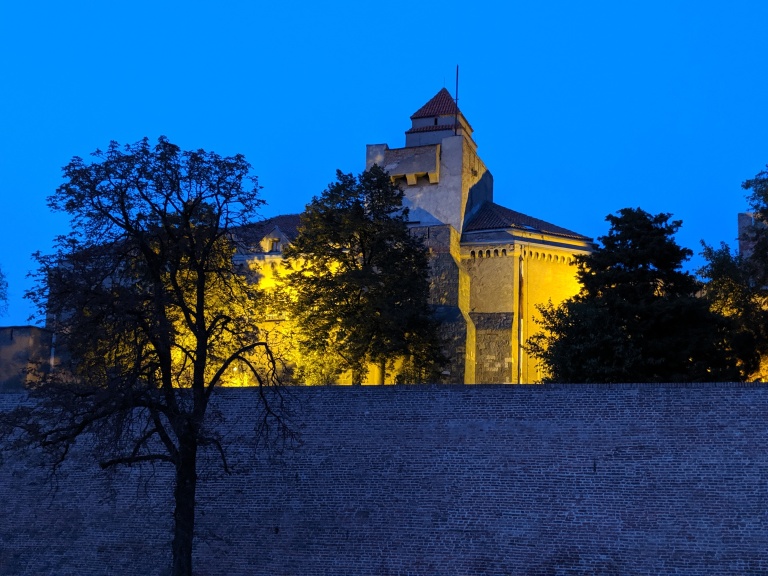 It’s funny how it seems that Eastern Europe, particularly the Balkans, gets a bad rep sometimes.  This city is legitimately gorgeous and the vibe walking around is great, we’re out in the streets now and it’s really coming to life, shitloads of young-ish locals running around, obviously gearing up to party.  Feels like a harbinger of a kickass evening.

Not too far from the castle is a series of informational boards and photos about the Soviet liberation of Belgrade from the Nazis near the end of WWII. It’s the 75th anniversary.

Winding through the streets we decide to take a different route back and end up in a massive, modern shopping mall. Seems like this is the more direct route rather than going through the haircut district like we did on the way over. It’s definitely way classier. 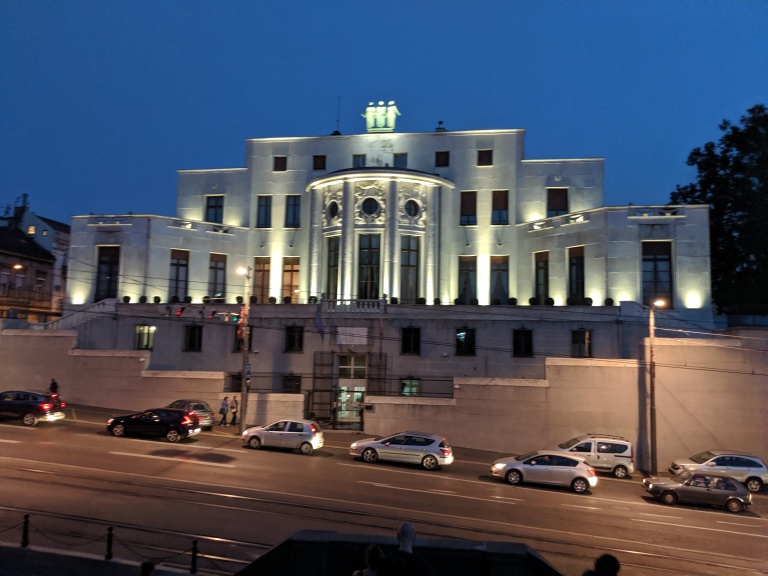 Look at this plaza – where there isn’t an awesome classical building or statue, there are cool sidewalk cafes and restaurants.

We turn at this fountain and it’s a long stretch of shops and boutique-y shiz. Lots and lots of locals just walking the strip at a leisurely pace. Our livers crave filtering though so we quicken the pace and boost passed, dance-dodging folks in a human pinball machine until we’re out the other side. 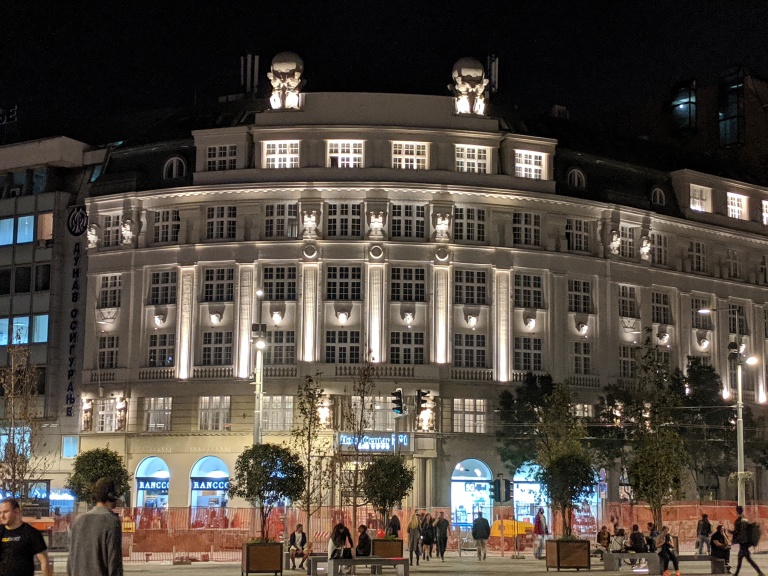 From the mall area it’s just a short jaunt back to our place. Killer location at Reveller’s, another good find. “Brain suds, let’s go.”