Despite not getting to sleep until almost 3 I’m up at 6:30 and throwing my shit together. I’d hoped to leave my full pack behind at this guesthouse for today’s hike but it’s already booked out so I need to walk three kilometres to another place before setting out on the train, drop off my stuff, walk three clicks back to Tokushima Station and then start the actual walk from Tatsue Station.
As I’m lashing my bags together one of the two guys who came in late wakes up and apologizes for arriving late, I say no biggie. He introduces himself as Yoshi and asks me where I’m from, what I do, etc. When I tell him I’m a software developer he says he is as well, when he asks what I do and I tell him GIS he says he does as well. Turns out he’s familiar with a lot of the stuff I work on and before I know it he’s telling me about a deadline he missed the day before and I’m looking at shapefiles and code for the first time in six months and I haven’t even had a coffee yet. I can’t really help him much since he’s using an API I’m not familiar with and opening data in a Japanese version of QGIS but I give him some ideas and he thanks me and I’m out the door.
It’s almost 10 am by the time I finally get to Tatsueji Station and my legs are stiff. The first 11 kilometres are through some fields and into the Katsuura River valley, mostly along sidewalks.  I gobble down a greasy piece of chicken in Katsuura Town and head up into the hills on its south side. The incline is steep. 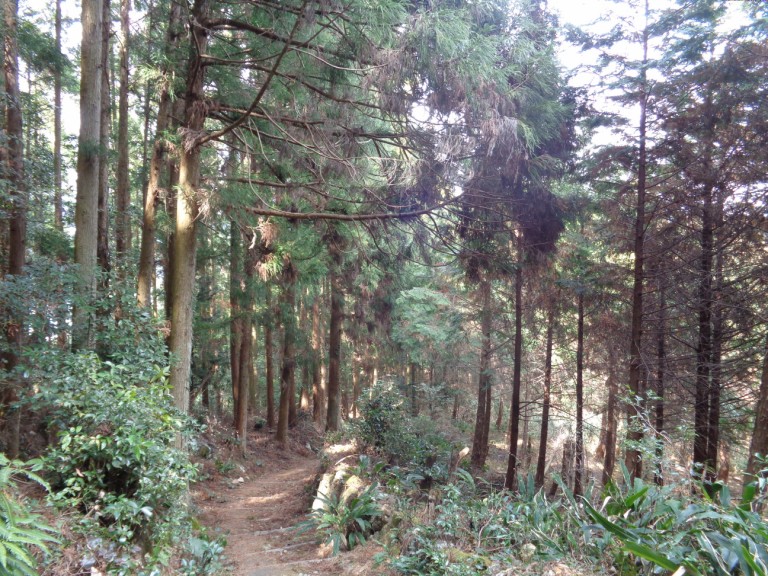 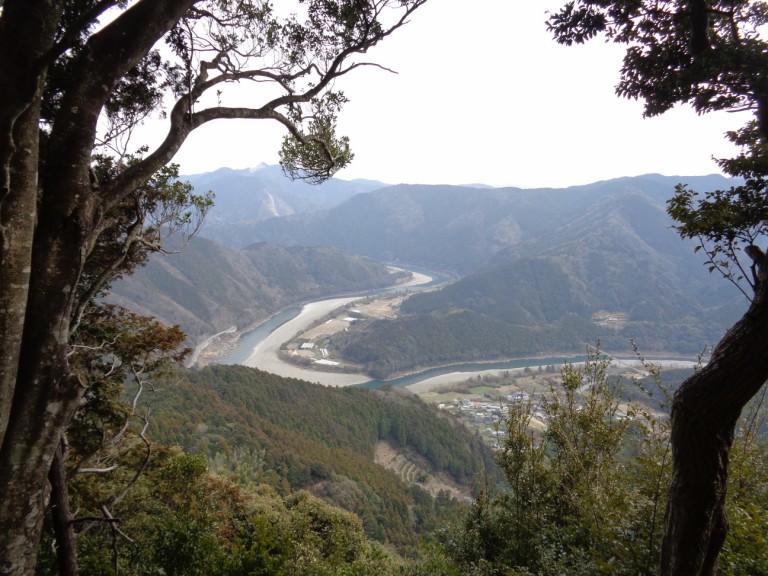 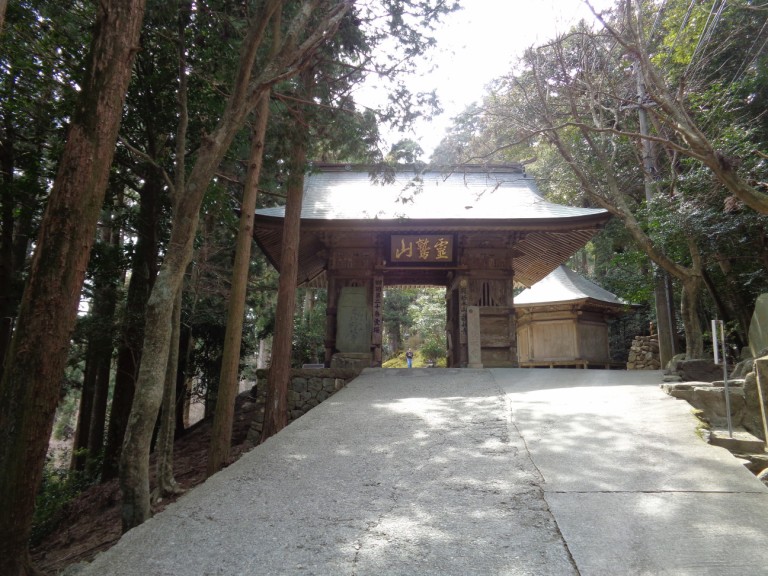 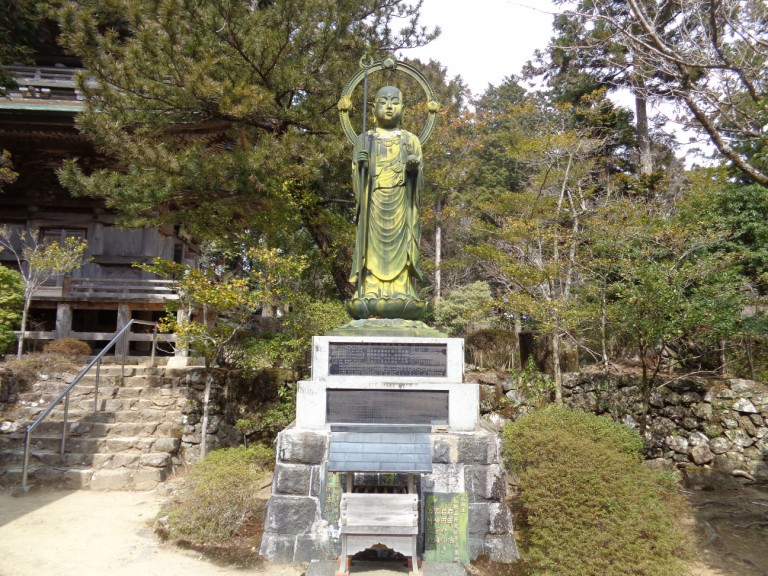 It’s a hard walk and it takes me a lot longer than I expected to get to Kakurinji, temple number twenty, at the top. The walk down is even harder though – my left knee that was giving me problems in the morning can barely take any weight on this drop. It’s mostly steps down, some with pretty good drops to them, but no handholds so I’m holding onto trees wherever possible to take the strain off my leg.

At the bottom of the peak is the Naka River – my plan had been to cross it then start on the next hill, at the top of which is temple twenty-one. My knee just isn’t going to do it though, and because I’ve taken so long getting down it’s 3 pm now. I could be coming down the other side of this next hill in the dark if I try this, or even worse I could miss the last bus that runs from this area – there aren’t any train stations nearby and because it’s only a small village on the other side the buses don’t run very often.
The alternative is to walk 7 kilometres down the Naka River valley and into Naka Town. Judging from the topo map in my guidebook it looks like an easy walk so I head that way. My knee seems fine on the flat terrain, it’s mostly the downhill sections that are killing it. 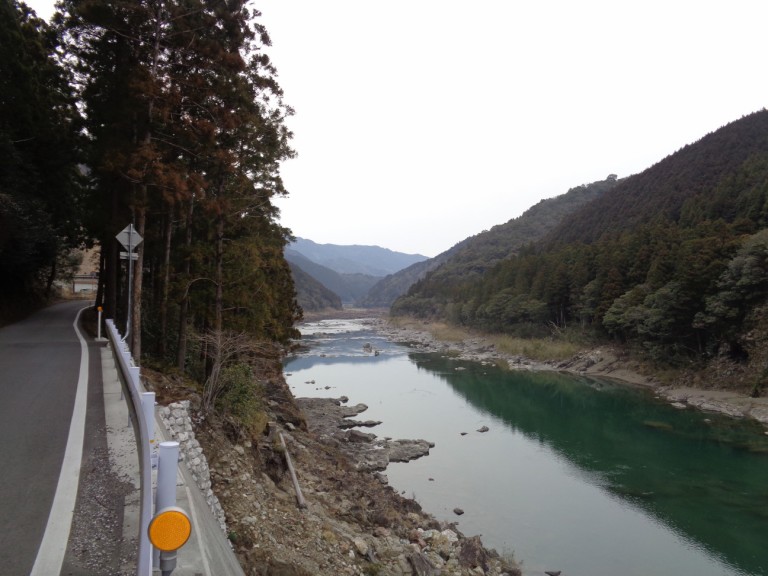 I catch a bus but it’s a somewhat ridiculous trip back to Tokushima. I have to switch buses halfway and altogether it takes over two hours to get back. I’ve got this guesthouse to myself for the evening though, and all my shit is there, so it’s all good.