Wake up to Queenie and Mei arriving with breakfast and milk teas to the hotel room. Mei is going to lend us a couple of scooters today so we can bomb around in the chaos of Taichung traffic and check out a couple of things in town before moving on to Kaohsiung. Mei even made us a little map to help us find things.

It is super hot and humid and none of us are wearing shorts. We’re all sweating like sows, but the locals here are all in hoodies and long sleeves. Guess they’re used to it. We’re definitely not. We jump on Mei’s scooters and hit the streets.

Almost instantly we are lost and Queenie is asking other Scooter pilots how to get to Maple Garden.

We get a good tour of the area before we finally find the place. Maple Garden is a green space in downtown Taichung. There is a pond in the middle with fish and a wooden walk way and some bridges to get around the whole park. It’s a neat little spot, offsetting the tall buildings and pavement with trees, water, and greenery. We take a walk around the park and snappitty snap snap. 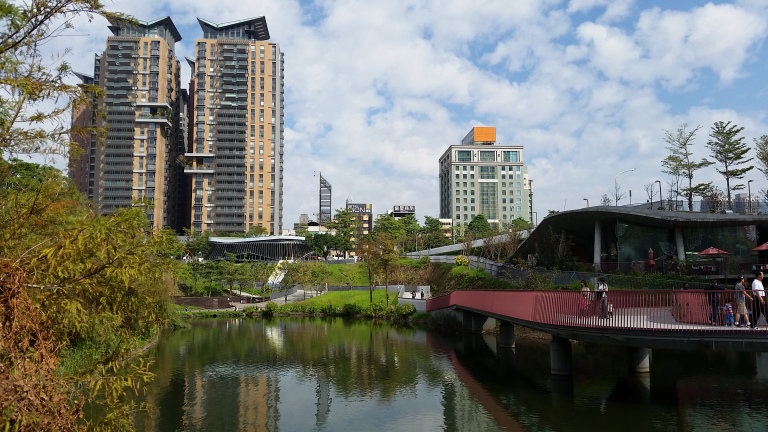 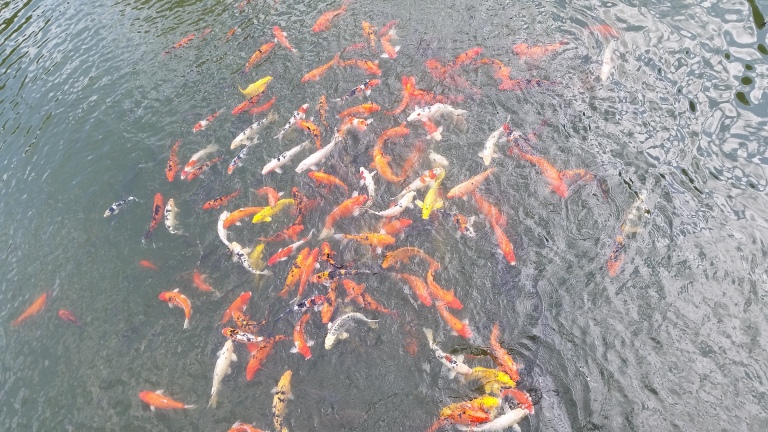 Next on Queenie’s tour is the Taichung Theatre. It’s this cool, curvy building where they put on theatre productions. Very cool lines in the architecture and apparently the interior is designed to provide amazing acoustics for the stage performances. Snap snappy snap snap. 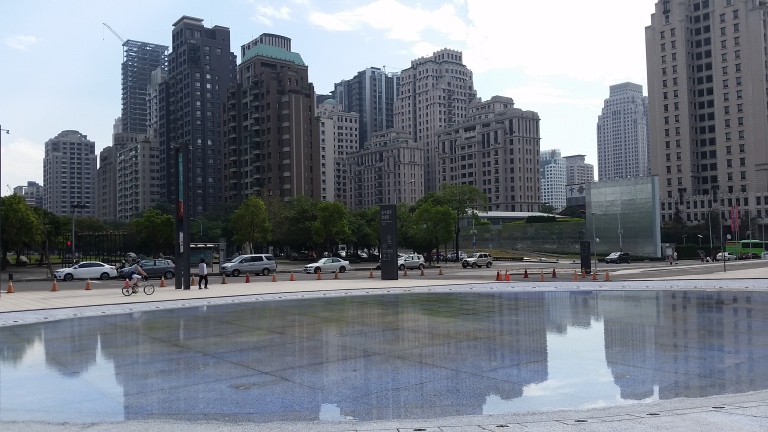 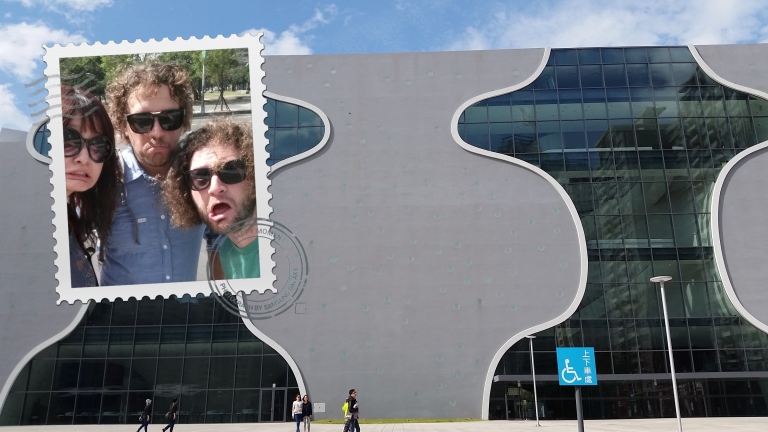 After this we’re running out of time before we should catch the train to Kaohsiung so we start making our way back to Mei’s apartment to drop off the scooters. A lot of the streets have changed since Queenie lived here though so we’re kind of lost again. But it’s cool, we come across city hall and the buildings and grounds there are really nice. No pics though, I was driving the scooter. We did a few laps of the central square (City Hall 500!) before figuring out the right way to exit. There was a lot of neat statues there and some hip café with a bunch of snail sculptures out front.

We drop off the scooters and say goodbye to Mei. It was great meeting her, she’s super awesome, I hope we get to see her again in Taipei this  weekend. 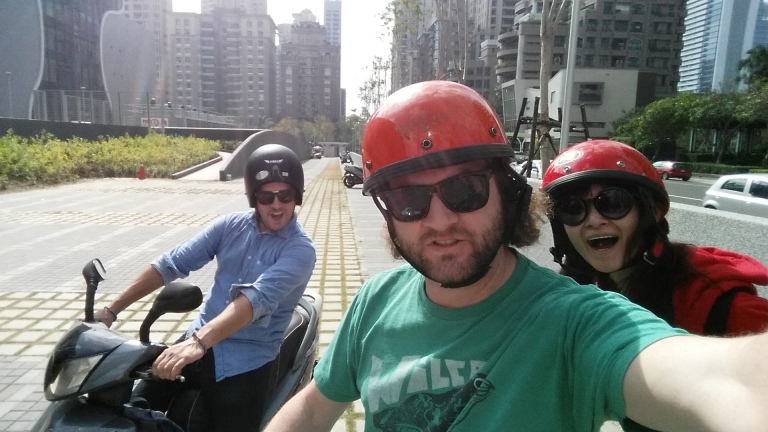 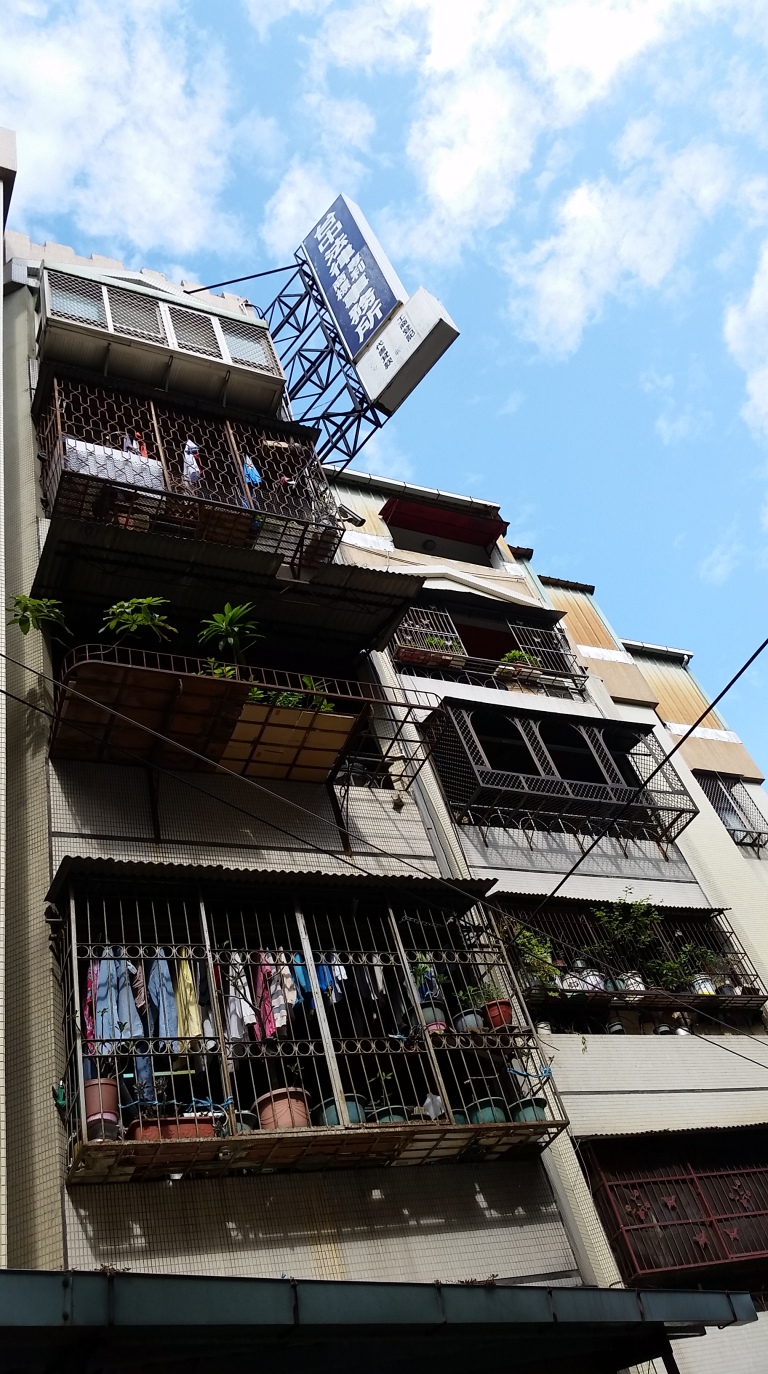 We cab it to the HSR station and grab tickets on the next train which ends up being in 10 minutes. There is a repeating announcement that “The handrails are sanitized periodically” which cracks Jamie up since that’s all he heard in the last HSR on the way down to Taichung. The station itself is immaculate and modern. Not like the older, semi-rundown stations of the regular TRA train lines. The train is pretty cool too, sleek looking.

We slide into a row of seats and the train takes off. I’ve never been on a high speed train before. The thing rips through the country side at an amazing pace. Looking out the window is like watching timelapse photography.