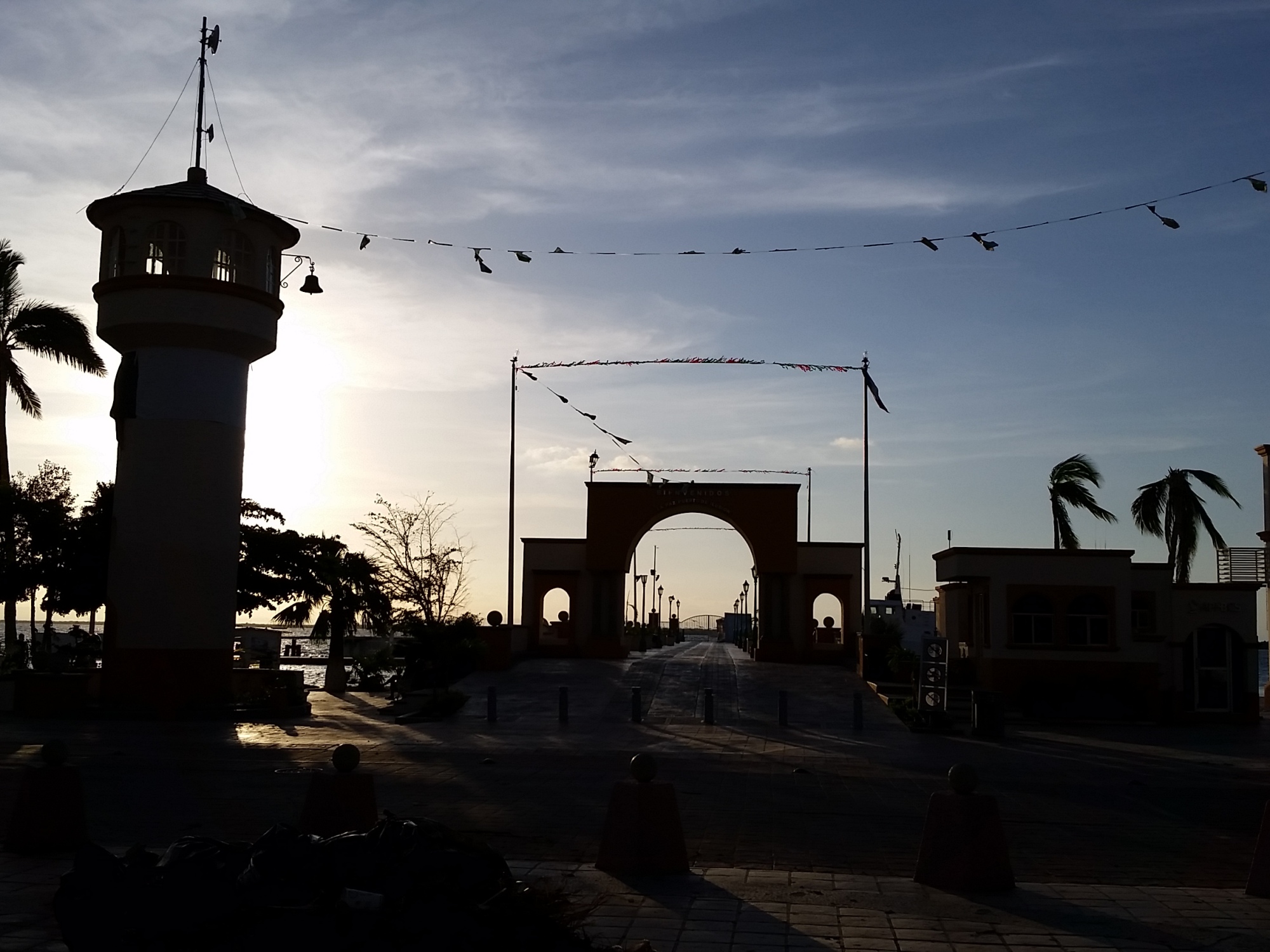 On Tuesday afternoon we were enjoying the mellow hostel scene with the four Australians and the French chick, sipping on a few beers and writing the previous blog post. We passed the keyboard back and forth while one of the Aussies, Myles, jammed on the guitar. They were getting antsy and wanted to set off to find some other French girls that they’d partied with the night before. They were hoping to score some coke off of them as well. Since we were still coming down from a savage bath salts bender, we declined the invite and decided to lay low instead.

Another guy staying at the hostel, Salvador from Mexico City, asked us if we wanted some tuna sandwiches he was fixing. When we told him we’re both allergic to fish, he offered to cook us some flautas and refried beans instead, even though he wasn’t planning on eating any. Obviously an exceptionally friendly guy, we got some more beers, hung in the kitchen with him and discussed the corruption in contemporary Mexican politics, Porfirio Diaz, and how the greatest stories are often the result of the worst decisions; he asked if we concocted our plan to drive to Tierra del Fuego while drunk – we had to admit that we did. “You see! The greatest stories…”

While we chatted a raging game of Risk had erupted from the other room between Carlos, a young guy who helped run the hostel, and 3 others. Every once in a while we’d hear a loud “Ooooooooh!” followed by laughing, clapping, and armies in Europe and Asia being wiped off the board.

Salvador was a really funny guy too, he yelled “Bitches!” while clapping at the mosquitoes that were nipping at our legs, and when I told him my plan to try to find work in South America at the end of this trip he said it was a really long way to drive for an interview, and “There is Skype, you know? There’s an app for that”.

Then a black guy named Alan came in and interrupted the Risk game. “Where are they? Where are the Aussies!?”, he was super pissed, “They’ve got my fucking money, man”. This guy seemed ready to kill someone. Carlos put the Risk game on pause and got on the phone immediately to Eva, the hostel owner. One of the Aussies had actually stayed behind to take a nap and Alan went straight up to confront him. There was a ruckus of cursing and wall thumping as Alan vented his rage on the sleepy, red-headed Aussie.

The atmosphere in the hostel sunk to a quiet awkwardness as the drama unfolded. In the kitchen, Salvador filled in the snippets of info we were getting from the ranting upstairs. Apparently the Aussies had gone out to the Ferry terminal with Alan in their car with them. They were all going to board the boat but the Aussies needed to get a vehicle permit to allow the car on. Alan spotted them 1500 pesos, all he had left, to help them out until they crossed to a town with power, bank machines, etc… and he waited in the ticketing line. The Aussies never came back. Alan waited 6 hours at the other end of the terminal not knowing where they went and also not having any way back to town. And when Alan finally got back to the hostel he finds out the Aussies are out chasing French girls and blow. Possibly with his money. So ya, he was mega pissed.

I’d like to prefix what follows by stressing that we don’t intend to talk shit about Aussies in general. I lived in the NT for two years and met a lot of great Aussies, and many of the best people we met during the Mongol Rally were Aussies – the UB Boardriders and the Steel Mongolias were awesome, fun dudes – but it has been both of our experiences, and those of many others we’ve talked to about this, that a disproportionate number of Aussies are inclined to cross the line from being crazy and fun to being complete assholes while abroad. For example, we once found ourselves detained to an outdoors, fenced-in area of the Russian-Mongolian border overnight in the Altai Mountains with very pissed off rifle-wielding Mongolians watching over us. This was on account of a blind-drunk Australian throwing the partially-chewed remains of a vodka bottle at the guardpost. But that’s a story for another time.

When Alan’s yelling diminished a bit we wandered out to the front stoop to talk to him and make jokes trying to lighten the mood. He was a diving instructor and underwater videographer from Brooklyn, New York. When we likened his “Where’s my money?!” line to being a gangster crime lord, the conversation alternated between poor mafioso imitations and laughter. “Ahh, thanks guys, I needed that”. It turned out we’d actually been given his room in the hostel, since everyone assumed he’d left on the boat. I offered up the idea of him spooning Murphy, giving him long hair to run his hands through in the night. He was still riled up but did manage to cool down by the time the three Aussies arrived (the fourth came out immediately to back up his buddies). It was obvious they knew they fucked up and tried to act dumb, like nothing had happened, but Alan called them out pretty quick. He didn’t slit any throats or smash out their teeth, but we had no appetite for horseshit excuses so we took a walk to the corner store and discussed whether we should offer Alan a spot in the car – we’re missing backseats but we could swing something. Coming out of the corner store we ran into one of the Aussies and asked how everything went down. He just shrugged his shoulders and said, “Desperate times.” Nice.

We hit the strip to get away from the drama a bit. Since we’d been in town for a few days now we’d gained high five and thumbs up status around town with the store owners and servers we’d had. The town was slowly coming back to life in the wake of the Hurricane. They’d started clearing away the wreckage and unblocking the streets from debris. More lights were cropping up, we could see them further down the boardwalk and some across the bay. 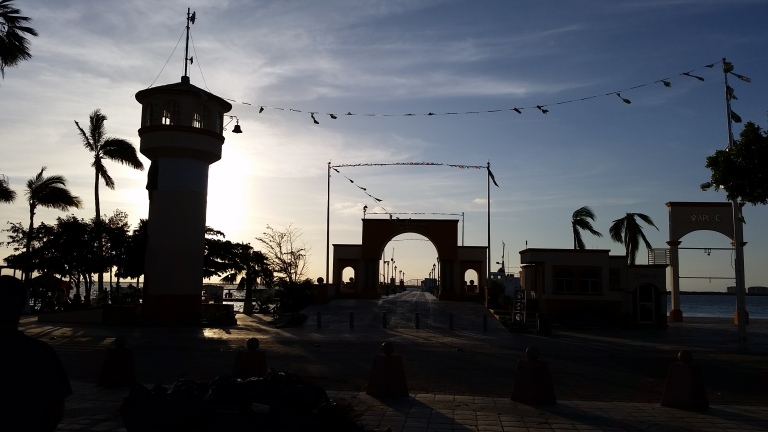 A newly re-opened place was near our hostel so we popped in to check it out. Seemed like a local joint. There was a small gathering of people in there watching the news. We got some cervezas and joined them. This was the first time we’d seen how far the hurricane, Odile, had gone up the coast and how bad the damage was in other areas of Mexico as well. It looked like the roads between Tijuana and Sonora were closed, Cabo was trashed. Directly after this report of the destruction came a report on the Mexican Independence Day celebrations going on in Mexico City that day. There were thousands of marching soldiers, a great display of aerial formation from fighter jets and a fleet of helicopters. “I can’t help thinking how much all this military shit should be here instead of jerking off in the capitol” was James’ reaction to that. 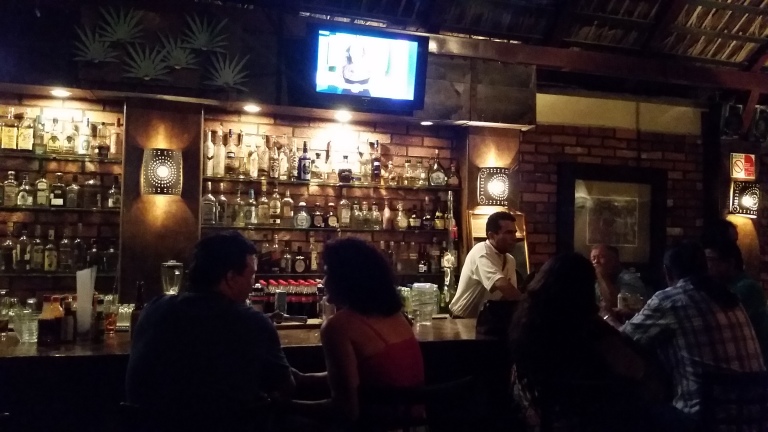 There were some interesting characters in the bar, some we’d seen around town. The previous evening, while buying beer through the sliding window of a store, a sketchy dude came up really close behind me – Murphy was watching him to see if he was going to lift my wallet – trying to sell suckers to the owner of the store. While drinking on the boardwalk, we saw him selling suckers there as well, and here he was again, trying to sell suckers in the bar. Does anyone know what the deal with this might be? Is it a bizarre way of selling drugs on the sly? Whatever his game was, he was walking around the bar, discreetly trying to sell suckers to the patrons.

A new member, to us at least, of the La Paz cast was Mr. Boisterous. The only English voice in the bar besides our own, his volume was turned up to 11 for every syllable. Why say something when you can yell it, after all? Mr Boisterous also had a girl in tow that we couldn’t figure out if it was a legit girl friend or a possible prostitute (Prostible?). She didn’t join in his obnoxiousness really, mostly just rubbed his back while he piled knee slapper onto knee slapper and laughed so hard the tequila bottles rattled on their bar shelves. 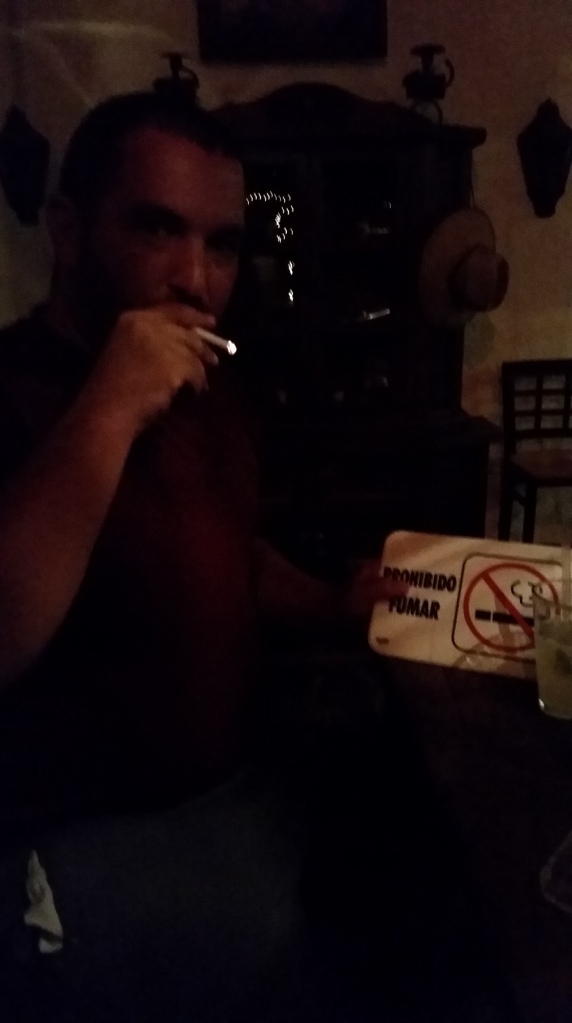 We ended the night by watching Mexican telenovelas playing over the bar and dubbing the character’s voices with those of Los Detectivos Adventuros McBurger y Diesel. Here’s what we were able to improv from the plot line: McBurger’s wife was put into intensive care after a car crash caused by those out to knock them off the case, but Diesel vowed to get the bastards while McBurger stayed with his wife. The pact was sealed with a twenty-second hand grasp while flashes of lightning lit up the night sky. But then! The ne’er-do-wells shot up McBurger’s arcade with submachine guns to grind salt into the wound. That arcade was only two days away from retirement. The Captain told Diesel to play by the rules, but he was having none of it.
To be continued…